Who Is Your True Love: Jane the Virgin's Rafael or Michael?

Find out which Jane the Virgin leading man is your soulmate 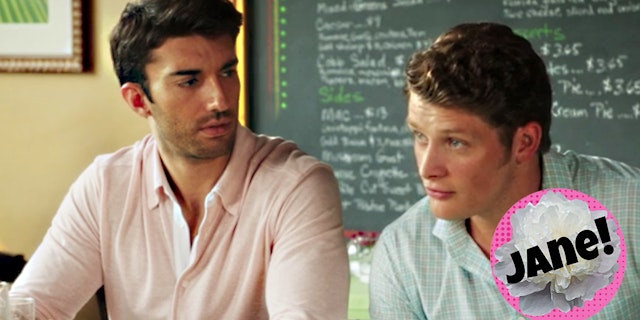 It's the question that has divided Jane the Virgin fans from Season 1 to the final season, Season 5: Are you Team Rafael or Team Michael?

Listen, we're not here to judge your answer. Especially since they did Team Michael shippers dirty and killed off our boy. And then brought him back. (Is he really back? Don't play with us about Jane the Virgin's Michael!)

The thing is, there's definitely a clear chasm amongst hardcore fans of The CW's telenovela. Some are ride-or-die for hilarious and hardworking Michael, while others have always thought that Jane should end up with the tortured, brooding Rafael. We all know that Rogelio is Team Michael (their bromance is one for the books), but is he right?

So many questions lead to perhaps the most important one: If you had the chance, which hottie would you end up with?

Aww, OK. It's all about Team Michael. Sorry for the mixup.

Oh this is impossible! Just take the quiz, OK?