Game of Thrones: Who Ended Up on the Iron Throne? 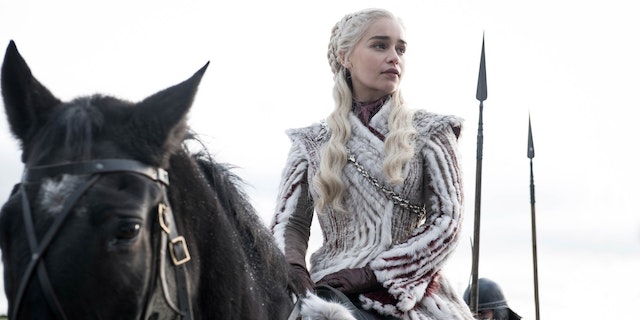 Well, Game of Thrones fans... the battle for the Iron Throne is over.

Jon Snow, Daenerys Targaryen, Sansa Stark, Tyrion Lannister... all of them lost out on becoming ruler of the Seven Kingdoms, which is... fine? Because the Game of Thrones character sitting pretty on the throne turned out to be... drumroll please... SPOILER WARNING... no one (technically). Following the lovers' quarrel/family disagreement of the century, Drogon melted the Iron Throne and flew the coup. Those remaining decided on who should be king and settled on... drumroll please... SPOILER WARNING... Bran Stark. Yep. That guy. Emo Bran. Bran the Broken. Go figure.

Now that we know the end, it's interesting to look back at who we thought would take their rightful or otherwise earmed place on the throne, and realize how wrong we all were.

Hot
Game of Thrones Characters All Cleaned Up

Boo!
Is Arie Luyendyk the Worst Bachelor Ever? The Internet Thinks So