Quiz: Which 'Orange Is the New Black' Character Are You?

Which Litchfield inmate would you be? Take this quiz to see if you are Red, Piper, Suzanne, Gloria, Alex or Taystee. 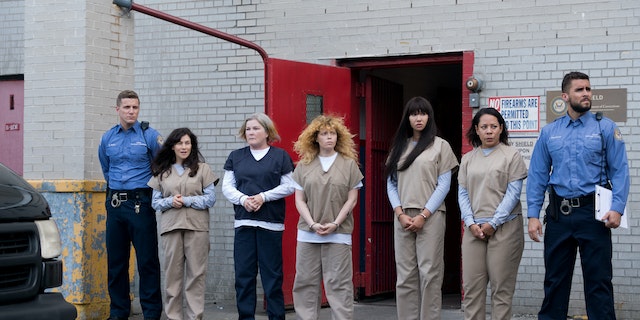 So ready for #OITNB final season!

@AngelNolen_, you're not the only one!

The release of this Netflix original series based on the true story of Piper Kerman is right around the corner.

Since 2013, OITNB fans have been blessed each summer with a new season on Netflix. Sadly, July 26 will be the end.

I'm not crying, you're crying! Okay, maybe we all are crying, but if you're worried that Piper will not be returning to the last season, don't.

It has been confirmed by executive producer, Tara Herrmann, that she will be back as the "grounding force of the show."

Will there be anymore snitching or riots like the sixth season? You will have to wait and see. But in the meantime, Netflix has released a trailer to give us a Taystee... I mean, taste.

Ever wondered what makes OITNB such a great series? Maybe it's the individual characters that wind up getting into mischief somehow.

Or, it could be the perfectly-placed flashbacks that explain how each character lived prior to jail.

Whatever the case may be, this show gives us a better understanding of each character in such a unique way.

Have you ever wondered who you are most like, or do you have a favorite inmate? Wait no more: Take this quiz to lock it down.

BLINK
Which Member of BLACKPINK Are You?