Which Marvel Infinity Stone Are You?

Thanos currently possesses the Space, Reality, Mind, Power, Time and Soul Stones. Find out which one you are now. 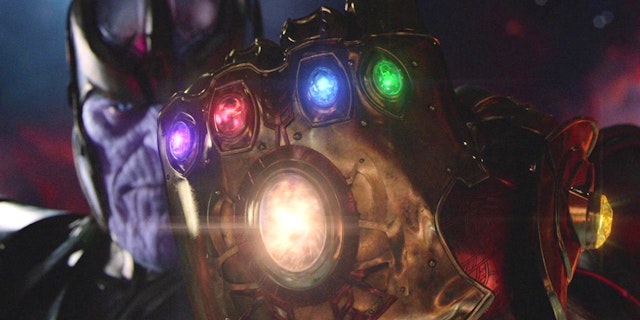 After a decade of Marvel Cinematic Universe films, it wasn't until Avengers: Infinity War that we learned just how incredibly powerful the Infinity Stones that Thanos uses to disintegrate half the universe’s population are.

We were teased by the potential capability of the Tesseract -- aka the Space Stone -- from the real start of the MCU, Captain America: The First Avenger. Little did we know that the addition of five more gems would mean the end for countless superheroes.

Each of the Infinity Stones — Space, Reality, Mind, Power, Time and Soul — have a unique power to them. And following Thanos’ demolition of Iron Man, Captain America and Co., we now have a better understanding of what those powers are. And that understanding is: Thanos is the most powerful being in the entire freaking universe… for now.

So before Thanos goes and screws it all up in Avengers: End Game, let’s find out which Infinity Stone you are.

Discovering which Infinity Stone you are is as easy as snapping your fingers, just take the quiz below.

WATCH
How to Watch Jane the Virgin: What Channel, What Time and Which Streaming Services

SUPER
Can You Name All 25 of These Marvel Women?