Toy Story Fan Theory: This Is Where Jessie Really Came From 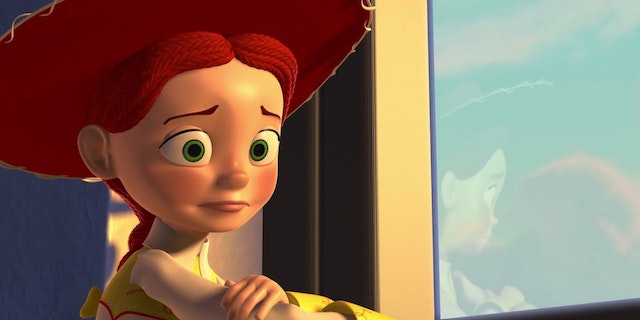 In Toy Story 2 we meet Jessie, a spirited cowgirl toy who has a sad past.

As we learn during the most heartbreaking film montage ever set to a Sarah McLachlan song, Jessie was once owned by a little girl named Emily, who eventually gave Jessie away.

Internet theorists have suggested that Emily may have a bigger link to the Toy Story franchise than viewers previously realized.

Who is this young woman who so carelessly abandoned her loyal toy when she grew up... and what is her connection to Woody's owner, Andy?

Watch the mindblowing video below to see what this surprising Pixar fan theory is all about.