This Game of Thrones Direwolves Fan Theory is Blowing Our Minds 🐺

Jon Snow's direwolf, Ghost, and Arya Stark's Nymeria are cute AF. But there's more to them than you think... 🐺 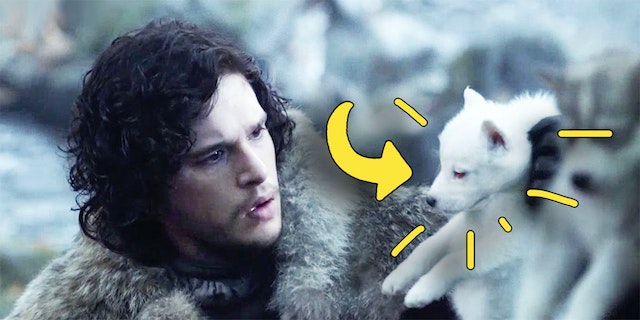 Here at iDaily, we love Game of Thrones, now in its final Season 8 on HBO. Who doesn't? It's a truly epic fantasy with truly epic characters such as Jon Snow (Kit Harington) and Arya Stark (Maisie Williams).

We fell in love with their direwolf pups when we first saw them in Season 1 of Game of Thrones. And while -- spoiler alert -- not all of them have survived through to Season 8, some eagle-eyed (raven-eyed?) fans  have discovered a special connection between the Stark children and their direwolves: Ghost, Lady, Greywind, Nymeria, Summer and Shaggydog.

This GoT theory is genius. But don't take our word for it: Watch for yourself below!

Topics: HBO, Game OF Thrones, GoT