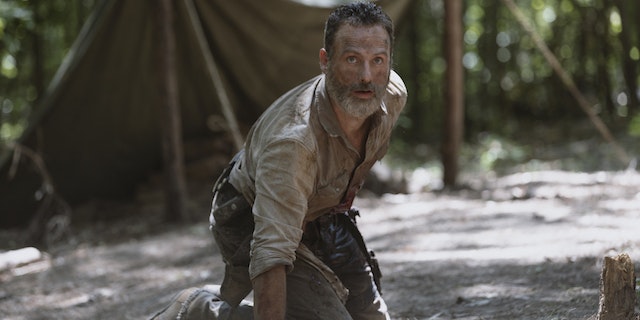 Last night's episode of The Walking Dead left fans confused, hurt, sad, excited and every other emotion a zombie is incapable of feeling.

Warning: Spoilers are ahead. Read on, if you dare.

Season 9 Episode 5 was Rick Grimes (Andrew Lincoln)'s last episode of the AMC series—but he did not die.

Rick Grimes exited the series by flying away in a helicopter after suffering a huge injury then hallucinating about characters we've said goodbye to, like Shane (Jon Bernthal) and Sasha (Sonequa Martin-Green).

He may be gone from the TV series, but he's not forgotten... AMC has announced that Lincoln will reprise his role in three movies for the network.

So how do fans feel about this Walking Dead emotional rollercoaster?

YASS
Which Member of the Queer Eye Fab Five Are You?