Is The Rock Versus Thor the Next Great Hollywood Rivalry? 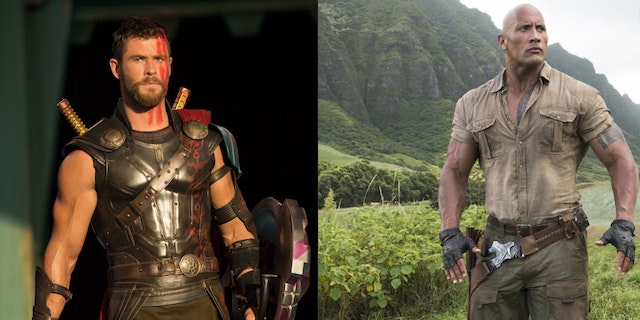 Dwayne Johnson is used to getting in feuds with other high-profile stars.

He did it when he was wrestling as The Rock, and he hasn’t shied away from a friendly fracas since he became one of the Hollywood elites.

While Johnson has recently engaged in some notorious quarrels with Fast and Furious co-stars Vin Diesel and Tyrese Gibson, The Rock might have just found his biggest and most terrifying rivalry in Chris Hemsworth, aka Thor.

It makes sense, too.

Johnson was the second highest-paid actor in 2017, so he’s got a big target on his back. And Hemsworth, who — *SPOILERS* — survived Marvel’s Avengers: Infinity War, has to be feeling himself after his extremely accurate battle axe toss that went through Thanos’ chest.

And, if you squint hard enough, Thanos is really just a slightly taller and more purple version of The Rock.

In a recent video, Hemsworth might’ve gone too far, though…