Michael Scott was right: You can't trust Toby. 🙅 Here's why. 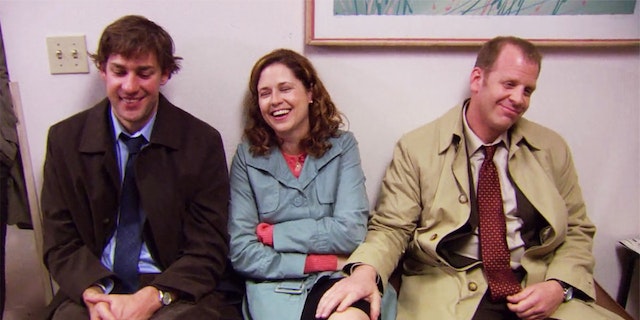 Toby Flenderson, the HR representative for Dunder Mifflin's Scranton branch on The Office, is a pretty tragic character. His wife left him. His love for Pam goes unrequited. And, of course, Michael Scott flat out hates him.

But as it turns out, Michael may have a good reason not to like Toby. Eagle-eyed fans of the former NBC series have found a ton of evidence that points to Toby being the infamous Scranton Strangler, a mass murderer who strikes while Pam gives birth to Jim's baby.

It's a pretty wild theory. But it's scary AF how much it all makes sense. ☠️

Watch this and then decide for yourself: Is Toby the Scranton Strangler?

Bye Thanos?
Will The Avengers Time Travel to Stop Thanos? This Awesome Fan Theory Thinks So

Dear mama
Who Is Rey's Mother in Star Wars? This Fan Theory Will Connect the Dots

Yay?
Should The Office Come Back? The Internet Has Thoughts