They are, in a word, fresh. 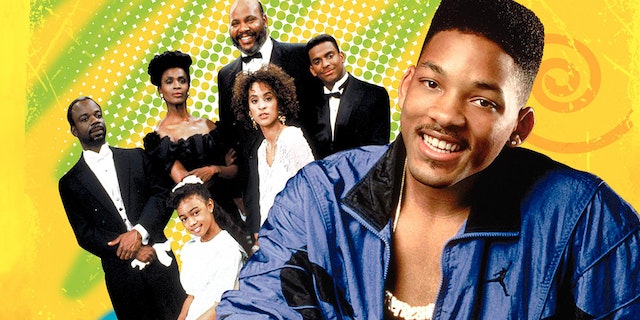 If you don’t know anything about American pop culture in the 1990s, or if you just like to revisit the decade, then The Fresh Prince of Bel-Air is a good place to start. It’s all there: the Hip-Hop Era 2.0 theme song; the oversized, geometric-print shirts; the high-top fades -- and, Will Smith, the rapper turned actor on his way to a run as one of Hollywood’s biggest box-office stars of all-time.

On paper, Fresh Prince, originally produced from 1990-1996, and ending just weeks before Smith shot into the big-screen stratosphere via Independence Day, is a standard fish-out-of-water tale: A troubled youth is shipped from the mean streets of Philadelphia to the upscale Los Angeles home of his uncle Philip (played by James Avery), his aunt Vivian (played by Janet Hubert, until about mid-way through the show’s run when Daphne Maxwell Reid replaced her) and his cousins, Ashley (Tatyana Ali), Carlton (Alfonso Ribeiro) and Hilary (Karyn Parsons), and the family’s droll butler Geoffrey (Joseph Marcell). But in reality the series is more than its clichés: it’s funny, it’s of-its-moment, and it’s loaded with truly special Very Special Moments.

But which episodes are the best episodes?

If you don’t know anything about that, then our rundown is a great place to start. From the show's 148-episode library, we’ve selected the five must-sees. Check out our picks below, and see why Fresh Prince is so good, so ‘90s -- and so, well, fresh.

TV pilots aren’t always great, but they’re always interesting. This one is both. That’s because it introduces us to both the skewed-baseball-cap-wearing Will Smith, the sitcom character loosely based on the teen years of talent manager and Fresh Prince producer Benny Medina, and to the charismatic Will Smith, the then-21-year-old performer. You see a lot of potential in the sitcom and the actor, especially when Will (the character) shares a scene with Uncle Phil. The same can be said, natch, when Smith (the actor) shares a scene with the late, great, James Avery, who died in 2013. The two have crackling uncle-nephew -- and mentor-student -- chemistry.

Here’s what this episode is ostensibly about: the extended Banks family -- mostly on Aunt Viv’s side -- enjoying a snowy holiday getaway. Here’s what it’s really about: Carlton. Doing. The. Carlton. Dance.

Yes, preppy Carlton’s peppy routine -- inspired, Ribeiro would later reveal, by Bruce Springsteen’s spasmic hips in the “Dancing in the Dark” music video -- is glimpsed for the first time here.

As an added bonus, Carlton performs his soon-to-be-signature routine while wearing an ugly Christmas sweater. (Resolved: This scene is a product of the 1990s; it’s possible the sweater wasn’t ugly then.)

Will’s deadbeat father (played by the legendary entertainer Ben Vereen) suddenly drops into the now-college student’s life -- and then just as suddenly drops back out. The tears outweigh the laughs in this Very Special Episode that really is something special, especially when Uncle Phil is left to pick up the pieces. James Avery doesn’t say a word when Smith’s character breaks down; he breaks your heart with a look. If you want to know why Fresh Prince is a sitcom that’s still being watched -- and loved -- some 30 years on, this episode -- this moment -- is why.

Is this another Very Special Episode? Yes and no. Yes, it veers off the comedy track when Will is shot while helping Carlton dive for cover during a robbery. But, no, it’s not hacky melodrama. What this episode is, along with “Papa’s Got a Brand New Excuse,” is a prime example of how the laugh-track comedy of this era aimed to touch hearts and teach lessons as much as go for the gag. It’s a noble, nearly lost art.

Want laughs, and just laughs? (You'll need them after the third and forth entries on this list.) Then this is your jam. Uptight and proper Geoffrey cuts loose --  and breaks the Banks’ stuff -- when he wins the lottery. Except, the thing is, Geoffrey didn’t really win the lottery: It turns out he was a victim of one of Will's and Carlton’s pranks. When Geoffrey learns this, then, well, the whole thing gets even funnier.

What are your favorite episodes of The Fresh Prince of Bel-Air? Tell us in the comments section below!

YT STAR
Quiz: What Kind of YouTube Star Are You?

STAR
Quiz: Which YouTube Star Would Be Your Friend?