SpongeBob SquarePants Had a Moment in the Super Bowl Halftime Show -- But Was It Enough? 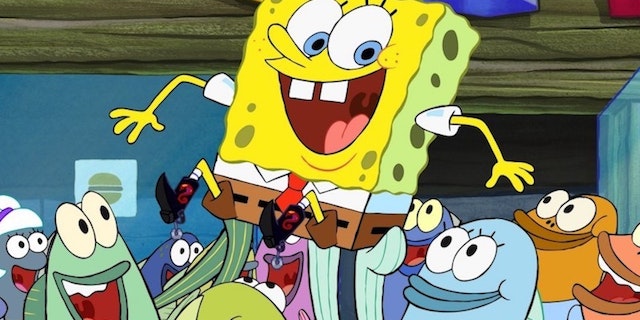 It's a spectacle and something viewers look forward to, in addition to the funny commercials, trailers and... oh, the game itself.

There was a bumpy ride to the Super Bowl LIII halftime show, with acts like Rihanna, Pink and Cardi B declining offers to perform. Maroon 5 stepped up to the plate (oops! Wrong sport analogy) to take on the show, inviting Travis Scott and Atlanta rapper Big Boi to join them on stage.

But Stormi Webster's daddy and one half of Outkast weren't the only special guest of the night. Thanks to a fan petition to honor late creator Stephen Hillenburg, SpongeBob and SquidWard were featured... briefly.

Jumping jellyfish! #SpongeBob in the halftime show?! We're honored Goofy Goobers 💛 Thanks to all the fans and @trvisxx! #SBLIII pic.twitter.com/dxTO17KfwG

Some found it delightful...

While some fans thought the quick appearance fell short of the full "Sweet Victory" performance they were expecting.

You had one job and you messed it up... I wanted the actual Spongebob song to be played 🤦🏼‍♂️🤦🏼‍♂️ #superbowl #PepsiHalftime pic.twitter.com/T6jrtLY8iV

And you can bet Nickelodeon wanted more.

Truly, unless you're Julian Edelman, this year's Super Bowl was pretty lackluster. Was SpongeBob's 15 seconds of football fame enough to brighten things up? Or did it leave you craving more SpongeBob? Tell us in the comments!

QUIZ
Can You Match These Voice Actors to Their Disney Character?