Riverdale Fanfiction Loves Choni, But That's Not Even the Best Ship Going

When you watch Riverdale, are you more of a Bughead or Varchie shipper? How about Choni or maybe team Falice? Vote on your favorite couple in the Riverdale cast. 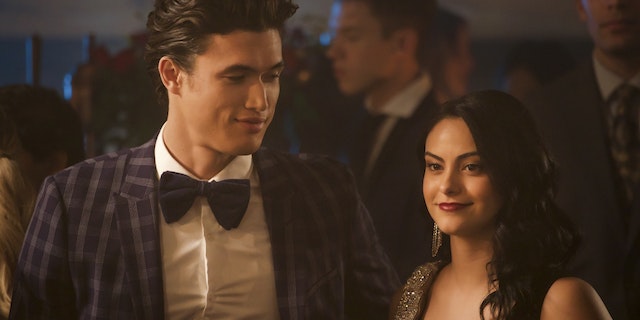 The CW's Riverdale is addictive and there's no getting around that fact. Just when viewers thing the show can't get any more extra, it does. And we're so here for it.

But perhaps the best part of Riverdale is all the amazing ships. Which is no surpise, since the cast includes hotties like Cole Sprouse, KJ Apa, Lili Reinhart, Camila Mendes, Casey Cott, etc.

Need we continue listing the gorgeous actors in the cast?

There are obvious ships in Riverdale that everyone loves. Bughead is one of the strongest relationships on the show, and it doesn't hurt that Cole Sprouse and Lili Reinhart are dating IRL. Varchie is over but Veggie is gaining steam, and Choni (Cheryl Blossom and Toni Topaz) has been growing in popularity.

While Season 3 of Riverdale has been packed with drama, romance and surely murder, we can't help but wonder about which new ships will emerge.

Moose and Kevin's ship, Mevin, definitely seems like it's going to sail in Season 3 and we're excited to find out which other ships take off. Or perhaps there are ships that will be broken? THE DRAMA KNOWS NO BOUNDS.

Here is your handy guide for ships in Season 3 of Riverdale.

Upvote your fave couples (yes, there are more relationships than just Bughead on this show) and check back during season three to see which couples are added!

Baby Face
Can You Guess How Old This Actor Playing a Teen Really Is?

OH NO, BETTY
This Insane Riverdale Fan Theory May Have Just Revealed a New Murderer

XOXO
The Biggest TV Ships: From Riverdale to Steven Universe