Quiz: Which BTS Member Are You?

ARMY members have to take this quiz 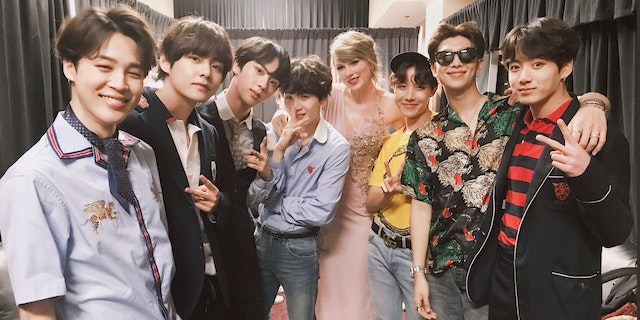 There might not be a more popular band in the world right now than BTS.

BTS, which stands for Bangtan Sonyeondan (which translates to Bulletproof Boy Scouts), isn’t your ordinary K-pop act, though. A mixture of rappers and singers, the seven-member group’s songs are typically socially conscious, touching on subjects such as LGBTQ rights, mental health and the pressure to succeed in Korea.

This vulnerability that the boy band has shown has given them an extremely loyal fan base — especially on social media — called ARMY (Adorable Representative M.C for Youth).

The BTS ARMY adore all seven members of the group, but we all know that everyone has a favorite. Now you can find out which member your personality aligns with by taking this quiz.

Haters
Is This Drake's Enemy?

Yeezy
Kanye West Is Teaching Us How to Rule the World, One Tweet at a Time

Winner?
Quiz: Which Award Would You Win?