Quiz: How Closely Were You Watching Super Bowl LIII?

Football fans HAVE to take this quiz. 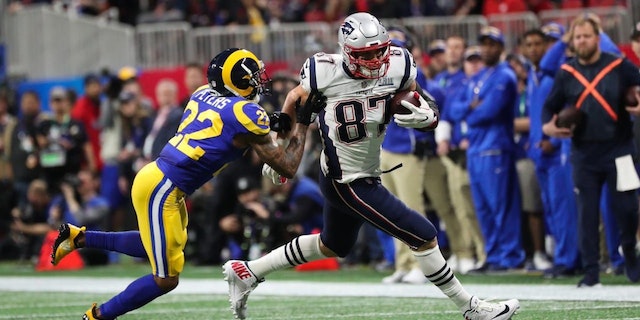 If you're a fan of punts and a low-scoring affair then Super Bowl LIII — featuring the New England Patriots defeating the Los Angeles Rams — was all you could've asked for and more. Well, not more. It was exactly that.

In his ninth Super Bowl appearance, Tom Brady and Julian Edelman helped to the lead the Patriots to their NFL-leading sixth Lombardi Trophy in eighteen years after defeating Jared Goff, Todd Gurley and Aaron Donald in the 53rd Big Game.

But the looooong and tedious game wasn't the only attraction on Super Bowl Sunday.

The 2019 halftime show featured Maroon 5, led by Adam Levine, and appearances from Kylie Jenner's baby daddy (aka Travis Scott of "Astroworld" fame) and Big Boi from the hip-hop duo Outkast. The show also featured an appearance from a much-loved cartoon character. And, of course, there were the hot trailers and commercials.

Super Bowl LIII might not have lived up to the offensive hype, but it was still a memorable game. But how much of the Big Game do you really remember?

Take this quiz below to prove that you deserve to be a Super Bowl expert — and, perhaps, the real Super Bowl MVP.

Super Duper
Which Super Bowl Moment Are You, Really?