Quiz: Are You Star Wars' Old Lando or New Lando?

There is no wrong Lando, though 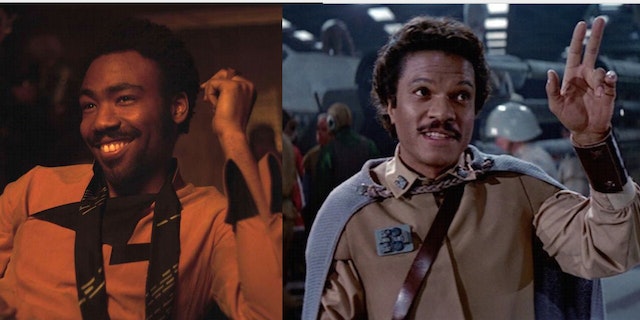 Sure, the upcoming film is named after Han Solo, but let’s be real: this is a Lando Calrissian movie.

In fact, the hype for Donald Glover’s portrayal of the former smuggler turned pilot has already sparked a rumor of his own standalone movie.

But waaaaay back in the day, there was the original Lando Calrissian, played by Billy Dee Williams.

The suave leader of the Cloud City, Bespin might’ve betrayed his friends, but he was still one of the coolest characters in the galaxy.

As we all know — or will come to learn — time changes you. There’s no way that young Lando and old Lando are close to the same person. That’s why we’ve made this quiz to see which Lando matches your personality.

LOVE
Meghan Markle and Prince Harry's Wedding Portraits Revealed! These Are the Hidden Messages You May Have Missed

I DO
Meghan Markle and Prince Harry Are Married! See the Best Twitter Reactions