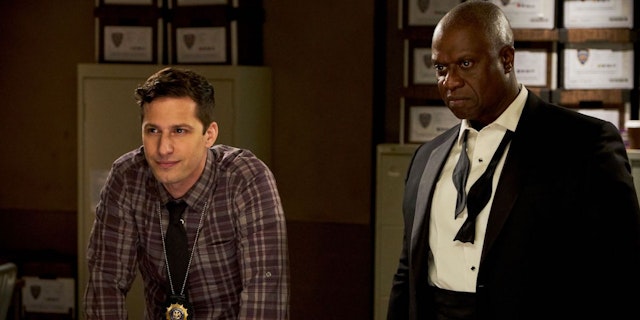 Have the detectives at the Nine-Nine worked their final case?

Not if NBC has anything to say about it!

The beloved sitcom, Brooklyn Nine-Nine, starring Andy Samberg and Andre Braugher, was initially canceled by Fox to the dismay of everyone who loves smart and funny shows. But, one day after it's cancelation, the Nine-Nine was picked up by NBC for a thirteen-episode season.

The cancellation news came as such a shock to the dedicated fans that they were forced to do what everyone else does when they’re angry: Tweet about it. The fan tweets, no doubt, helped NBC make the decision to pick up the show's sixth season.

From celebrities Lin-Manuel Miranda and Mark Hamill to the Backstreet Boys and Sean Astin, these are the most passionate reactions to Brooklyn 99’s cancellation.

Winner?
Quiz: Which Award Would You Win?