Plus, an early look at Insecure's third season. 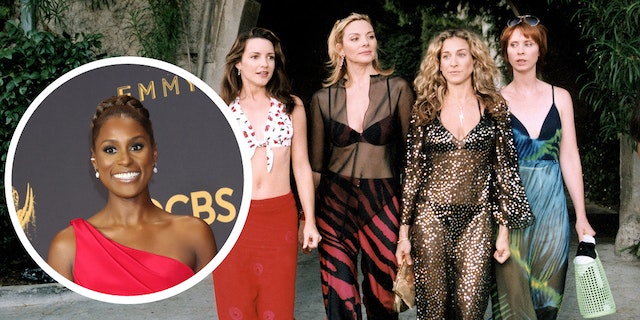 Francesca Ramsey's got some. And as it turns out, Insecure's Issa Rae has a fave, too. She told us all about it when we caught up with her at InsecureFest.

And oh: We also found out what to expect from the next season of Insecure. (We'll get there, hold tight.)

But first, let's talk about that episode of Sex and the City. THAT one. Titled "No Ifs, Ands or Butts," it's now known as the "Black Girl" episode. Issa Rae shared her opinion on the infamous ep. and we gotta say: we are here for it.

In the episode, Samantha dates a black A&R rep for Tommy Boy Records named Chivon Williams. He takes her to meet his sister, Adeena, who is a chef at a soul food restaurant.

At the climax of the episode, Samantha and Adeena get into a fight that's hard to describe in any other way than racist, and that paints Adeena as an angry black woman.

Issa Rae's problematic fave happens to be Seinfeld. But she also had one word for "No Ifs, Ands or Butts."

Agreed. Lucky for us, we have Franchesca Ramsey's tips on how to enjoy shows while holding them accountable for their missteps.

Topics: Sex And The City, Insecure

OKURRRR
These Are the Best Albums of 2018 So Far

No. 1
This Is the Best Harry Potter Movie