How to Watch the Final Season of 'Arrow' Online for Free

The CW comic-book drama is ending after Season 8, but you can stay on target with these streaming options 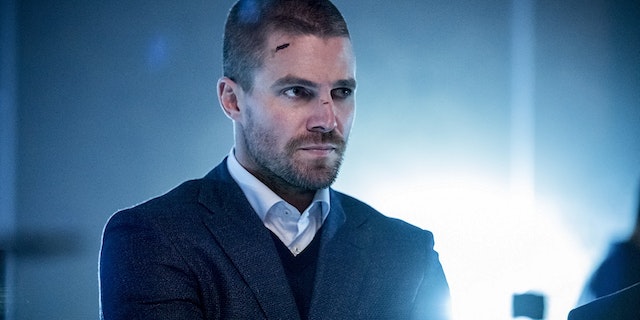 The CW’s popular, world-spawning superhero drama Arrow, starring Stephen Amell as the DC Comics-based playboy turned vigilante Oliver Queen, aka Green Arrow, isn’t just closing in on the end of its seventh season, it’s moving toward its final season. In what was a sad day for Star City fans, the network announced in March that Arrow will end in the 2019-2020 TV year after a 10-episode Season 8.

In a statement, series executive producers Greg Berlanti, Marc Guggenheim and Beth Schwartz said the decision to end the show was difficult, but was done with “the best interests of Arrow in mind.”

In a Facebook Live chat, Arnell said he talked to the Arrow team back in Season 6 about leaving the series once his contract was up.

“Playing Oliver Queen has been the greatest professional experience of my life... but you can’t be a vigilante forever,” Amell wrote in a tweet.

Since premiering in 2012, Arrow has given rise to the Arrowverse, the series of interlocking and occasionally overlapping comic-book adventures, including The Flash, Supergirl and Legends of Tomorrow, all currently of the CW; and the animated online series, Vixen and Freedom Fighters: The Ray.

Amell has been steady with the bow since Arrow’s debut. Other series longtimers include: Katie Cassidy as Earth-2’s Black Series, Colton Haynes as Roy Harper, aka Arsenal, David Ramsey as John Diggle, aka Spartan, and, Emily Bett Rickards as Felicity Smoak, aka Overwatch, who will not be part of Season 8.

Here’s how you can catch up on Arrow’s penultimate season -- and prep for its final season -- for the price of free.

Watch on The CW App

Download the free app from the App Store, the Windows Store, Google Play or Amazon, and stream the five most recent episodes on a host of devices, including your iOS or Android smartphone, Apple TV, Roku, Chromecast, Xbox One, AirPlay, Android TV and various Amazon products. Logins or subscriptions are not needed, but commercials are part of the deal.

Stay on target, and catch the five most recent Arrow episodes by visiting the show page on the network’s website. (And, yup, there’ll be commercials.)
There’s a lot more to Arrow, of course, than just a handful of episodes.
For a subscription, you can stream Seasons 1-6 on Netflix; for fees, you can get everything (including all of Season 7) on Amazon Prime, YouTube and Google Play.

Binge It
How to Watch 'Game of Thrones' Online