How to Watch 'The Conners' Online for Free

Don't waste time searching for ABC's hit family comedy: We have all the details you need 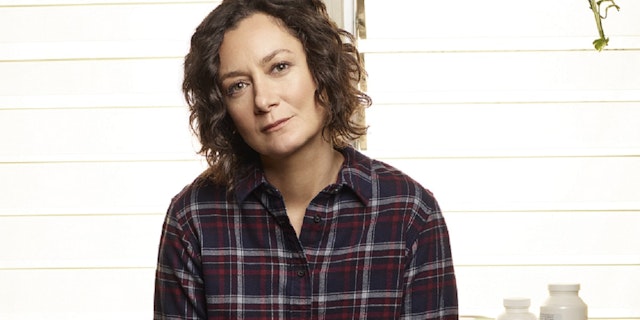 ABC’s popular comedy series The Conners, the Roseanne spin-off starring and executive produced by Sara Gilbert, has been renewed for a second season, ensuring more laughs -- and probably more heartache -- for the blue-collar bunch from Lanford, Illinois.

In the 2018-2019 season, the show, which focuses on Darlene Conner (Gilbert) and her far-flung clan, including sister Becky (Lecy Goranson), father Dan (John Goodman) and aunt Jackie (Laurie Metcalf), was TV’s most-watched new comedy and ABC’s most-watched show. In its freshman season, The Conners averaged more viewers than its network’s veteran hits such as Grey’s Anatomy and The Good Doctor.

The Conners rose from the ashes of Roseanne, the Emmy-winning classic that, after a 22-year gap, was rebooted in 2018 with its original cast, only to be canceled months into its acclaimed return after its title star, Roseanne Barr, tweeted a racist and Islamaphobic crack about Valerie Jarrett, the former senior advisor to President Obama.

The show’s cast and crew, minus Barr, reformed as The Conners. In the show’s series premiere, viewers were told Barr’s character died from an overdose of opioids. From there, Darlene, Jackie, Dan and the rest were shown alternately grieving and moving on with their lives. In the Season 1 finale, Becky almost moved to Chicago with her new boyfriend (Jay R. Ferguson) -- but fortunately, for viewers, she stayed put.

So, where you can you watch -- and relive -- all this all-too real comedy?

Here's how you do it: Watch on the ABC App.

You can download the free app from the App Store, Google Play or Amazon, and stream The Conners on a host of devices, including your iOS or Android smartphone, Apple TV, Android TV, Roku and Amazon Fire TV.  There are commercials, and cable- or satellite-TV credentials may be needed to access some ABC content. On the upside: Live streaming is available in certain locations. If you can wait 24 hours, a new episode will typically be added one day after its air date (but, again, you may need to indicate your TV provider in order to access).

All 11 episodes from The Conners’ Season 1 are currently available for your entertainment pleasure -- free of charge! -- at the network’s website. (And, yup, there are commercials there, too.) When the series returns for Season 2, new episodes will be available for viewing about a day after they’re on TV.

For a fee or subscription, you can stream episodes of The Conners on Amazon Prime Video, Google Play, Hulu,  iTunes, Vudu and YouTube.