The CW post-apocalyptic sci-fi drama is journeying to a new -- and scarier? -- planet in Season 6. Here's how you can keep up with the action on streaming for free 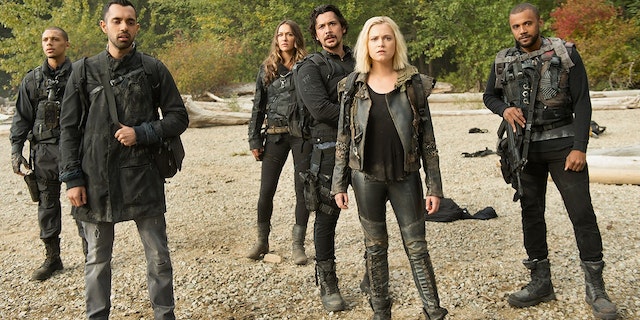 The CW’s Emmy-nominated, post-apocalyptic, sci-fi drama, The 100, starring Eliza Taylor as fighter and survivor Clarke Griffin, the first bisexual lead character on a major broadcast-TV network series, is set to return for its sixth season on April 30.

Since premiering in 2014, The 100 has concerned the life-and-death struggles of an ever-dwindling tribe of space-station-raised, juvenile delinquents dispatched to Earth nearly 100 years after our civilizations were destroyed by nuclear war. Season 6, however, will find the survivors, including Griffin, Shaw (Jordan Bolger), Jackson (Sachin Sahel), Miller (Jarod Joseph), and fan favorites Echo (Tasya Teles) and Bellamy (Bob Morley) having left behind a destroyed-for-good Earth, and emerging from a lengthy cyro-sleep to explore a brand-new planet, Sanctum.

The series reset comes as The 100 showrunner Jason Rothenberg let it drop at WonderCon 2019 that he “may be working on something” with regards to a spin-off prequel.

Rothenberg also has plans for a seventh season of The 100 -- and for good reason. The 100 has held steady in the ratings, with Season 5 even posting bigger numbers than Season 4.

Fans worried that the new-look Season 6 will change things up too much should breathe easy: The new season’s trailer promises that Sanctum will be just as messed up as Earth.

Here’s how you can blast off for new worlds -- for free.

Watch on The CW App.

Download the free app from the App Store, the Windows Store, Google Play or Amazon, and stream the five most recent episodes (with commercials) on a host of devices, including your iOS or Android smartphone, Apple TV, Roku, Chromecast, Xbox One, AirPlay, Android TV and various Amazon products. No logins or subscriptions are needed.

Like the app, the 100’s show page on the network’s website features the five most recent episodes (with commercials, natch).

Need a refresher on what makes Clarke Griffin awesome, or why The 100 is one of TV’s best watches?

With a subscription, you can stream Seasons 1-5 on Netflix; for a fee, you can get every episode on Amazon Prime, iTunes, YouTube and Google Play.

Are you ready for out-of-this-world adventure? Start streamiing.

Rider
Quiz: Is This a Kentucky Derby Race Horse or an American Band?

Watch This
How to Watch 'Cobra Kai' Season 2 Online