Do or do not stream on Disney+. There is no try. 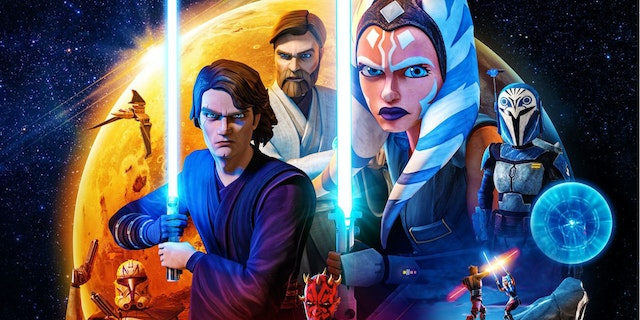 You've been on the Star Wars: The Clone Wars journey with Anakin Skywalker, Obi-Wan Kenobi, Yoda, and Ahsoka Tano since Season 1.

Will the other Jedi survive Order 66? Will Ahsoka return to The Order? Could any of the Clones have resisted?

Luckily, you won't have to navigate your web browser far, far away to some weird website to watch and find out.

Here's how to watch it:

You can actually watch every season of Star Wars: The Clone Wars, including its seventh season, on Disney's streaming service with a subscription.

Can't wait for new episodes to drop? You won't have to. The entire season has been released. You can binge it (or binge the show in its entirety) at your leisure.