How to Watch 'Star Trek' Online

Want to stream new and classic episodes of this sci-fi franchise? You don't have to go where no one has gone before. 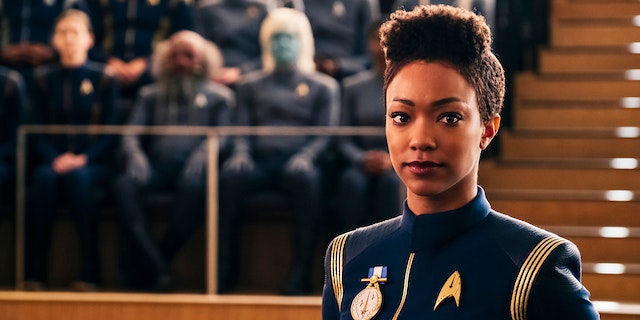 Their stories have transcended time and space to connect with viewers of all ages, and now that all of the series are available to stream online, it's never been easier to watch — and rewatch. So, whether you've seen every episode or recently became a fan thanks to Star Trek: Discovery, available on CBS All Access, here's how you can enjoy hours of Star Trek content online.

Great news for Trek fans: You can now watch every episode from every season of Star Trek's television library — Star Trek, Star: Trek: The Next Generation, Star Trek: Deep Space Nine, Star Trek: Voyager, Star Trek: The Animated Series and Star Trek: Discovery — through CBS All Access, which boasts a diverse catalog of TV classics and originals, as well as films.

There are many ways to watch your favorite shows and films on CBS All Access, including the CBS All Access App, which is available for iOS, Android, Windows 10, Roku, Apple TV, Fire TV, Android TV, Chromecast, Samsung Smart TV, Xbox and PlayStation.

Watch on another subscription service.

For a fee or subscription, you can also watch Star Trek on streaming services such as Netflix, Amazon Prime, Hulu, Vudu and YouTube. But just know, you won't be able to stream Star Trek: Discovery anywhere outside of CBS All Access.

I'm Batman?
Quiz: Are You Batman?