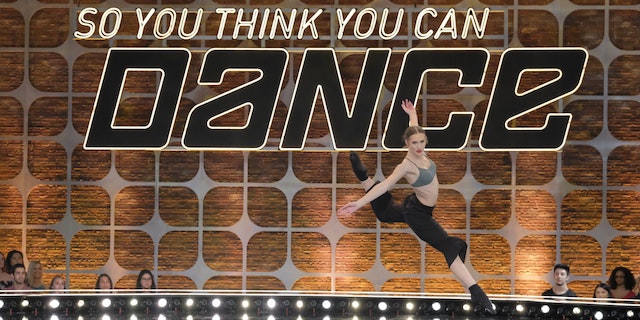 Put on your dancing shoes and your flashiest outfit. One of America's hottest dance competition shows, So You Think You Can Dance, is set to debut its 16th season on Fox on Monday, June 3 at 9/8c — and this year, the show promises to be hot, hot, hot.

Like past seasons, So You Think You Can Dance season 16 will feature some of the brightest talents from across the country as they show off their dance skills through a wide range of challenges highlighting various styles such as hip hop, jazz, contemporary and classical. In addition to stunning performances, fans can also expect to see some familiar faces. Cat Deeley returns as the host, and Nigel Lythgoe and Mary Murphy will once again take their seats at the judges' table. But two new judges, Laurieann Gibson and Dominic "D-Trix" Sandoval, will help spice things up during both the auditions and the Academy rounds. Though they're new to the series, you might recognize Gibson and D-Trix; Gibson works extensively with Lady Gaga as her choreographer and creative director, while D-Drix competed in SYTYCD in season 3.

Who will wow us with their moves, and who could possibly fill Season 15 winner Hannahlei Cabanilla's heeled jazz shoes to take home the $250,000 grand prize? We'll have to wait for those answers, as Fox hasn't revealed the SYTYCD season 16 cast just yet (the first two episodes will spotlight the nationwide audition process).

In the meantime, find out how you can stream the upcoming season online.

Watch it on FOX.com.

Currently, fans can watch clips from both the upcoming season, as well as from past seasons on FOX.com. But as soon as the show premieres on June 3, viewers will need a cable subscription to access FOX's live-stream online.

There are more options, though!

You can also watch on a streaming service.

If you're committed to cord-cutting, you might be happy to know that services like Sling TV, Hulu + Live TV, YouTube TV, fuboTV, DirecTV Now and PlayStation Vue. While all of these services cost money, they all offer free trials so you can test out the services and stream your favorite shows live without having to commit to long-term payment plans. Sounds great, amiright?

Now, brush up on those moves and get ready for yet another season of action-packed fun!

Topics: SO You Think You Can Dance, SYTYCD, FOX, Dance

Watch This, You Will
How to Watch Star Wars Movies Online