How to Watch 'Roseanne' Seasons 1-9 Online for Free

Catch up on past seasons of Roseanne before diving into the series' spin-off, The Conners. 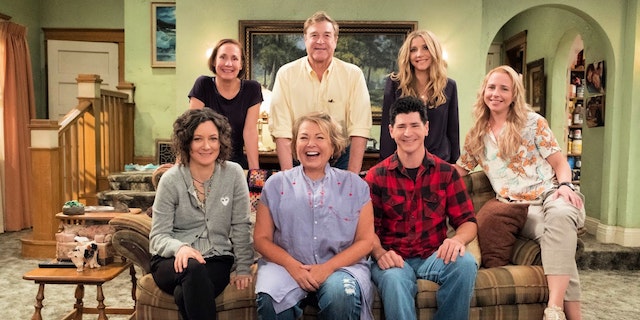 In 2017, ABC announced it was bringing Roseanne back to the air 20 years after the original series finale. The news delighted millions of fans who loved the first nine seasons of the show, which portrayed the messy lives and dynamics of a white working-class family in the Midwest and starred Roseanne Barr, John Goodman, Laurie Metcalf, Sara Gilbert and Johnny Galecki. Others, however, expressed their shock over the show's return, citing a slew of controversial statements made by the series' namesake. It seemed the country was as divided over a TV show as they were over current political affairs.

Despite the reboot's massive ratings, the 10th and final season of Roseanne only aired nine episodes before ABC pulled the plug. The decision came after Barr tweeted a racist statement about former Obama advisor Valerie Jarrett. A new spin-off series, The Conners, currently airs on ABC without Barr.

Still, some Americans admired Roseanne's ability to capture cultural anxieties surrounding current political affairs, sexuality and socio-economic standings. Many people have also noted that the series was a huge part of their childhoods and harbor a soft spot for the Conners. Whatever your reason, you'll be happy to know there are many ways to watch Roseanne online.

Here's how you do it: Stream on Vudu.

Right now, you can watch the first nine seasons of Roseanne on Vudu, an online streaming service, for free. All you need to do is create a free online account, and you're good to go!

According to Vudu, digital content company UltraViolet is shutting down its service on July 31. As such, Vudu is currently encouraging all of its users to link any films or shows saved from UltraViolet accounts to their Vudu accounts as soon as possible. Viewers can still stream any linked UltraViolet content after the company closes its doors.

You can watch on Amazon Prime.

If you don't want to create a Vudu account, you can also watch Seasons 1-9 of Roseanne on Amazon Prime. New members can enjoy all of Amazon Prime's perks, including access to dozens of films and TV shows, for free with a 30-day trial. After your 30 days are up, you'll have to pay $12.99 a month or a flat rate of $119 to continue viewing.

What if you want to own the seasons?

There are a few more ways to watch Roseanne if you are willing to buy entire episodes or seasons. Fans can buy episodes from the first nine seasons of Roseanne on YouTube, iTunes and Google Play starting at $0.99. Entire seasons cost more (from $9.99), but you have the flexibility to stream anytime on smart devices such as Android, iOS, Apple TV, Google Chromecast, Roku and more.

Unfortunately, the options for viewing Roseanne Season 10 are much more limited. ABC has scrubbed the episodes from its site, as have Hulu, Netflix and Amazon. We'll update this list if things change.