How to Watch 'Rick and Morty' Online: Episodes and Seasons Streaming Now

Here are the best ways to watch the dynamic duo... in this dimension at least. 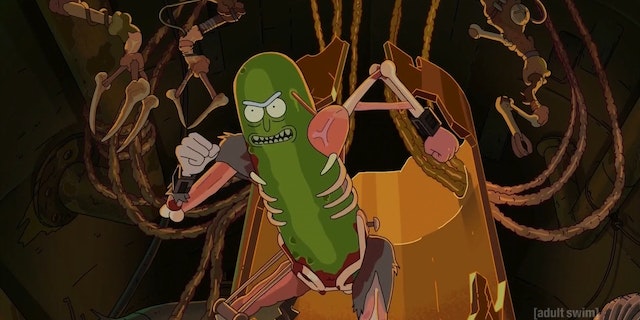 Rick and Morty is one of the most wildly imaginative, side-splittingly hilarious shows of the last twenty years.

If you don’t know, Rick and Morty is an adult animated science fiction sitcom by Justin Roiland and Dan Harmon. It follows a crazed scientific genius and his innocent grandson as they go on misguided, interdimensional escapades.

The show airs on the Adult Swim block of Cartoon Network, but there are plenty of ways to stream or buy it online.

Are you ready to watch Rick and Morty online right now?

Here are the easiest ways to stream Rick and Morty online!

Watch Season 4 of Rick and Morty for free on Adult Swim's website.

Some episodes require a cable provider login to access.

If you want to watch the first three seasons (31 episodes) of Rick and Morty, you can do that with a Hulu subscription. In addition to Rick and Morty, Hulu has a great selection of adult animation including Bob's Burgers, Family Guy, and Justin Roiland's new series Solar Opposites.

Want to own Rick and Morty so you can watch offline? Amazon Prime is your best bet. You can buy the first three seasons for $19.99 each. The fourth season costs $22.99

You can buy individual episodes for $2.99 each.

MAGIC
How to Stream 'Harry Potter and the Sorcerer's Stone' Online

MAGIC
How to Stream Every Harry Potter Movie Right Now