How to Watch NCIS Online for Free

The CBS show is streaming now. Here's how to watch... 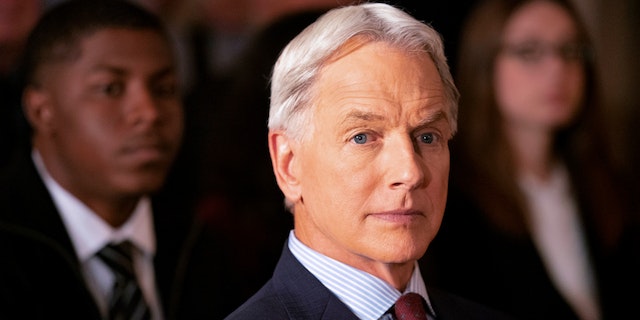 CBS' hit drama, NCIS, has been a staple in millions of homes since it first aired on the network in 2003. For 16 seasons, fans have followed as the team of Naval Criminal Investigative Service agents worked together to solve some of the toughest crimes related to the Navy and Marine Corps. Though their jobs are serious and dangerous, the team, led by Special Agent Leroy Jethro Gibbs (Mark Harmon), is more like a family than a set of co-workers — and, after so many years of watching, many viewers feel strong ties to characters past and present.

They cheered on Timothy McGee (Sean Murray) as he got married and started a family, cried as they said goodbye to NCIS staples Tony DiNozzo (Michael Weatherly) and Abby Sciutto (Pauley Perrette) and welcomed newer faces like Nick Torres (Wilder Valderrama) with open arms.

While diehard fans pride themselves on their NCIS trivia skills, including their mastery of the ultimate NCIS quiz and ability to name all of Gibbs' rules, the unofficial fan club welcomes new members at any time. And with just a handful of episodes remaining in Season 16 — which airs Tuesdays at 8/7c on CBS and CBS All Access — there's never been a better time to hop aboard.

So, whether you've watched the series 100 times or you're a first-timer hoping to start from the beginning, here's how you can watch NCIS online for free.

NCIS Season 16 airs new episodes on Tuesdays at 8/7c on CBS and CBS All Access, but you don't have to have cable or an All Access subscription to enjoy. Fans can stream new episodes the morning after they broadcast (Wednesdays) by going to CBS.com or downloading the CBS App, which is available for iOS, Android, Windows 10, Roku, Apple TV, Fire TV, Android TV, Chromecast, Samsung Smart TV, Xbox and PlayStation.

If you want to start from the top, you can also watch Seasons 1-15 on CBS.com or through the CBS App. Just know you'll have to view commercials.

There are plenty of other ways to watch NCIS digitally if you're willing to spend some of your hard-earned dough.

Viewers interested in CBS' vast catalog of shows and movies can subscribe to CBS All Access, where they can stream live TV, classic and original programs, such as Star Trek: Discovery, The Twilight Zone and all of the NCIS spin-off series, for either $5.99 (for limited-commercials) or $9.99 (for commercial-free viewing).

Yes, Gibbs, that's certainly something to smile about!

For a fee or subscription, you can also watch NCIS on Netflix, Vudu, YouTube, Amazon Prime and iTunes.

STREAM
How to Watch 'Roseanne' Seasons 1-9 Online for Free

GTL
Which Jersey Shore Cast Member Are You?

Stronger
Quiz: Which Avenger Would You Beat in an Arm-Wrestling Match?