How to Watch ‘iZombie’ Online for Free

The CW zombie dramedy will be killing in its fifth -- and final -- season; here's how you can feast on the fun via streaming 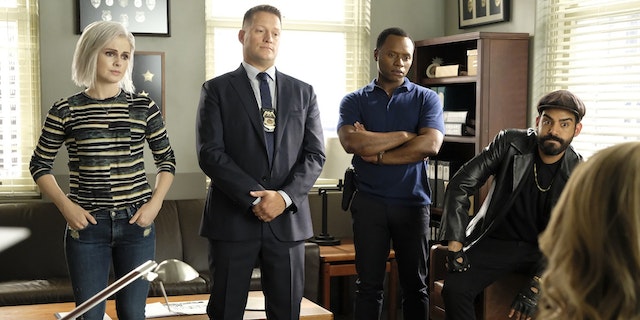 The CW’s cult-favorite series, iZombie, starring Rose McIver as the brain-eating, psychic-ish zombie medical examiner, Liv Moore is set to return for its fifth -- and final -- season of undead antics on May 2.

The end of the beginning for the Seattle-set, comedy-drama/police-procedural hybrid will commence with “Thug Death,” an episode directed by Rob Thomas, the iZombie executive producer (and Veronica Mars creator!) who helped develop the same-titled DC Vertigo comic for the small screen.

iZombie premiered in 2015. While it’s never attracted a mammoth live-TV audience -- it averaged less than 1.25 million viewers per episode during Season 4 -- it’s beloved by fans, some of whom are critics. On the review-aggregate site Metacritic, iZombie boasts a solid Metascore of 74; Entertainment Weekly’s Jeff Jensen praised the show for “inject[ing] fresh life into the increasingly staid genre of supernatural TV.”

The show’s final season will feature Kareem Abdul-Jabbar -- yes, the NBA legend and Airplane! pilot -- as a city councilmember who got zombie-fied in Seattle's zombie outbreak.

Here’s how you can catch all this crazy zombie fun -- for free.

Watch on The CW App.

Download the free app from the App Store, the Windows Store, Google Play or Amazon, and stream the five most recent episodes (with commercials) on a host of devices, including your iOS or Android smartphone, Apple TV, Roku, Chromecast, Xbox One, AirPlay, Android TV and various Amazon products. No logins or subscriptions are needed.

Live it up, and catch the five most recent iZombie episodes (with, yes, commercials) by visiting the show page on the network’s website.

Need more than just the most recent episodes to satisfy your bloodlust?

For a subscription, you can stream Seasons 1-4 on Netflix; for fees, you can feast on everything on Amazon Prime, iTunes, YouTube and Google Play.

Now go watch, and get your brain food!

MCU
How to Watch Every Marvel Cinematic Universe Movie Online