You'll need this to watch Ralph Macchio and William Zabka in the upcoming season of Cobra Kai. 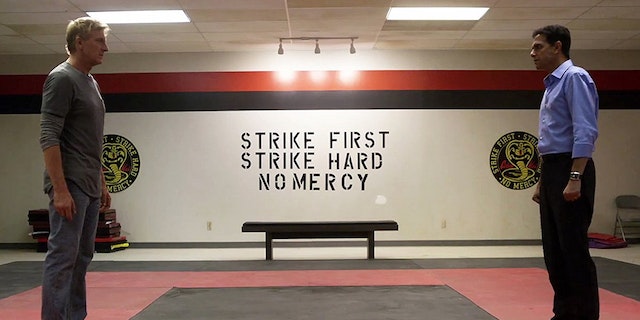 The second season of Cobra Kai — the hit YouTube web series based on the Karate Kid film franchise — premieres on April 24.

Set 34 years after Karate Kid, the first season of Cobra Kai starred Ralph Macchio and William Zabka, who reprised their roles as Daniel LaRusso and Johnny Lawrence, respectively. The award-nominated web series features the reopening of the Cobra Kai karate dojo. The debut episode of the series was viewed over 50 million times, per YouTube.

So how does one even go about watching this show, anyway? We know. And we're gonna tell you.

Here’s how to watch the upcoming season of Cobra Kai.

If you’re a YouTube Premium subscriber, then you’re in luck! You’ll be able to watch every episode of Cobra Kai Seasons 1 and 2.

YouTube Premium does offer a free one-month trial, and then it’s $11.99 per month after that. The service also has family and student plans available as well.

Brains
How to Watch ‘iZombie’ Online for Free