Here's How to Watch Jane the Virgin Online For Free

The award-winning CW telenovela returns for its fifth and final season on March 27. Don't miss out! 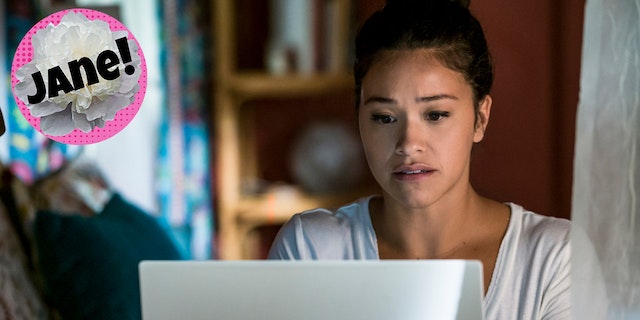 Rafael intends to propose to Jane (Gina Rodriguez), but doesn't, because... Jane's husband Michael (Brett Dier) is apparently not dead?!

Obviously, fans are super eager to see how things play out for Jane in the series' fifth (and final 😥) season when the show returns on March 27.

But, how can you watch? How can you stream Jane the Virgin online for free?

If you're a cord-cutting streamer at heart, don't worry! It's still possible to follow along with the latest episodes of Jane the Virgin, even if you don't have cable.

We're got the scoop on how you can watch Season 5 of Jane the Virgin online for free!

OK, let's get to what you came here for. How can you get all the Jane, Michael, Rafael, Petra, Alba you can handle by watching Jane the Virgin online for free?

Here’s how you do it: Watch on The CW App.

You can download The CW app on any smart device. And, once Season 5 premieres, you can catch new episodes the night the episode aired on broadcast television.

No smart phone? No problem. There is another way...

You can also catch new episodes on The CW's website. The latest Jane the Virgin installment will be available the night the episode aired on broadcast television — just like on the app. Just check in after the show has aired on cable, and you're golden.

The CW keeps just five episodes up at a time, so make sure you watch them before they’re gone. The episodes are free, but broken up by ads — just like on paid TV.

Need to catch up before the new season arrives?

No worries! You can binge-watch the first four seasons of Jane the Virgin right now on Netflix.

XOXO
Can You Handle Dating A Pop Star?