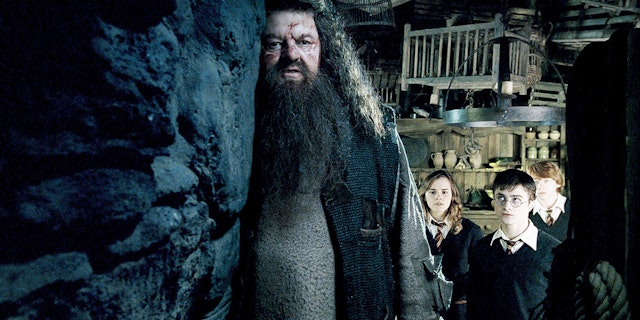 If there's someone that all Harry Potter fans can agree on, it's Hagrid, the half-giant, all-heart gamekeeper of Hogwarts. He's the best!

Well, maybe not all Harry Potter fans agree with that sentiment ...

According to an exhaustive theory by the Reddit user u/Whoofph, the beloved J.K. Rowling character, memorably played by Robbie Coltrane in Harry Potter and the Sorcerer's Stone and the other Harry Potter movies, secretly works to undermine young Harry as a member of Lord Voldemort's army of dastardly Death Eaters.

Watch our video below for all the mind-blowing details. Click away!

MUST-SEE
The Best Blind Auditions From 'The Voice' Season 17 🎤🏆