The director took asked his girlfriend to be his wife at the 70th Annual Emmy Awards. No pressure, lovebirds. 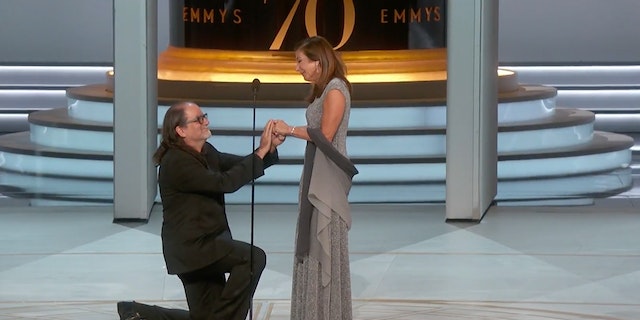 Let's be honest: Award shows can be kinda boring.

A bunch of pretty people get really dressed up to grab little statues and, along the way, we listen to drawn-out speeches thanking God or a horse.

The 70th Emmy Awards were following suit with its sorta-awkward opening musical number and forced banter from presenters.

But then something magical happened. Something no one was prepared for: A proposal!

Wait, not that one.

Director Glenn Weiss -- who won the Emmy for Outstanding Directing for a Variety Special for Oscars, suddenly proposed to his love, Jan Svedsen.

And while some people would cringe at the thought of being proposed to in front of a national audience...