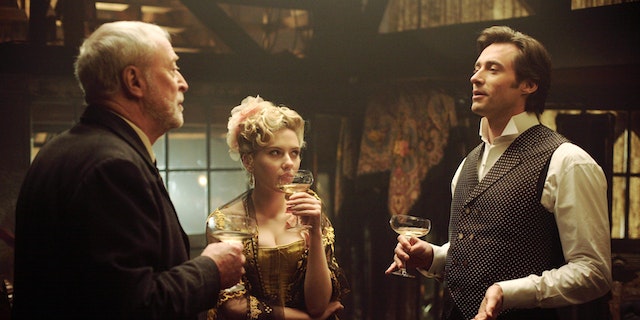 Do you want to watch free movies? Of course you do!

There are several sites that will allow you to stream high-quality movies instantly, without having to sign up or give anyone your credit card information.

No these aren't silent, public domain movies (no offense to the legends of Tinsletown). These are modern movies with Oscar-winning directors, cult followings and Brad Pitt.

Who doesn't want a little more Brad Pitt in their life?

We've gone through these streaming sites and selected the best movies you can watch for free right now.

YouTube has a selection of movies you can watch for free with the occasional commercial break.

Here are the best movies that are free to stream on YouTube right now...

Blackthorn is a Western film about an aged Butch Cassidy living in Bolivia under the pseudonym James Blackthorn. It stars Sam Shepard and was nominated for eleven Goya Awards (Spanish film awards).

Bloodsport is a cult classic martial arts film about a U.S. Army Captain who enters an illegal underground fighting tournament in Hong Kong. It stars Jean-Claude Van Damme in a breakout role.

The original Ghost in the Shell is known as one of the greatest anime films of all time. It follows the cybernetic agent Motoko Kusanagi as she tries to hunts down the mysterious hacker "Puppet Master". The film was a major influence for The Matrix.

Rabbit Hole is a drama about a couple struggling to move on from the death of their child. It stars Nicole Kidman and Aaron Eckhart. The film is critically acclaimed, and Kidman's performance received an Academy Award nomination.

Crackle is a website that lets you watch movies and television for free online. You will have to sit through a few ad breaks, but the free movie selection makes it well worth it. You can find their full movie catalog right here.

These are our four favorites currently streaming on the site.

The Italian Job is the quintessential British caper film. It stars Michael Caine as the leader of a criminal gang who seeks to steal gold from an armored security truck. It's a wild and charismatic romp with a signature British sensibility. You'll be doing a cockney accent for a week after watching.

You may not be familiar with Wong Kar-Wai, but he is one of the world's greatest directors. His films In the Mood for Love and Chungking Express are mainstays on the Criterion Collection. Ashes of Time is his only martial arts film, it centers around a man's unquenchable desire to be the world's greatest swordsman. The film was released in China in 1994, but the prints were lost. The film was re-edited and re-released by Wong Kar-Wai in 2008 under the name Ashes of Time Redux.

The Proposition is an Australian Western written by Nick Cave (who also creates a haunting score for the film). It stars Guy Pearce as a gang leader who has been given a proposition by local police: seek out and kill his older brother, or he and his younger brother will be put to death.

Clever writing and thought-provoking action against a starkly beautiful backdrop led to this film being nominated for twelve Australian Academy Awards.

Billy Wilder is heralded as one of the best screenwriters of all time. That's perhaps no more on display than during his Academy Award-winning film Sunset Boulevard. It tells the story of a struggling screenwriter teaming up with a delusional former star trying to make a comeback. The result is a timeless classic.

Vudu is a movie service that lets you rent movies for a low price. They also have a huge selection of free films. However, you will need to register for an account and watch some ads to access them. Account registration is easy, and you can sign up through Facebook with the click of a button.

In between Batman Begins and The Dark Knight, Christopher Nolan released The Prestige. It's a story about two passionate magicians and just how far they will go for a trick. The twist ending is masterfully executed. It stars Hugh Jackman, Christian Bale, Scarlett Johansson and David Bowie.

Sometimes you just want to shut off your brain and watch a straight-up action film with fights, explosions and good-looking people. For that, we recommend Road House. It stars Patrick Swayze as a bouncer who protects the interest of a small-town roadside bar against corrupt businessmen.

Troy is a Hollywood epic based on The Illiad. It stars Brad Pitt, Orlando Bloom and Eric Bana as leather-clad warriors fighting for love and honor. Need I say more?

Buried is an intense, claustrophobic thriller about a man buried alive with nothing but a cell phone and a lighter. The small film premiered at Sundance and was met with rave reviews. It stars Ryan Reynolds.

Pluto TV is a live TV/streaming service with over 250 channels and 1,000 shows and movies on demand. Best of all, it's completely free with no sign up required. You will have to watch ads, but these breaks take less time than you would experience watching cable.

Here are the best movies on Pluto TV right now. Check out the full catalog of on-demand movies here.

Road to Perdition is a historical crime drama about a mob enforcer and his son getting revenge on the mobster who killed the rest of their family. It was directed by Sam Mendes (American Beauty, Skyfall) and stars Tom Hanks, Paul Newman, Jude Law, Jennifer Jason Leigh, Stanley Tucci and Daniel Craig. It's no surprise it was nominated for six Academy Awards.

Whiskey Tango Foxtrot is a biographical war comedy. It's based on the memoir of a television journalist who bites off more than she can chew when she signs up to be a correspondent in war-torn Afghanistan. It stars Tina Fey, Margot Robbie, Martin Freeman and Billy Bob Thornton.

Clue is a cult classic comedy-mystery based on… yes, the board game. It has developed a cult following and is known for having three different endings (all available on Pluto TV). The ensemble cast is led with fervor by Tim Curry.

The Ring is a phenomenal horror film about a journalist who investigates a tape that kills the viewer seven days after they watch it. It grossed over $249 million dollars on release and stars Naomi Watts and Brian Cox.