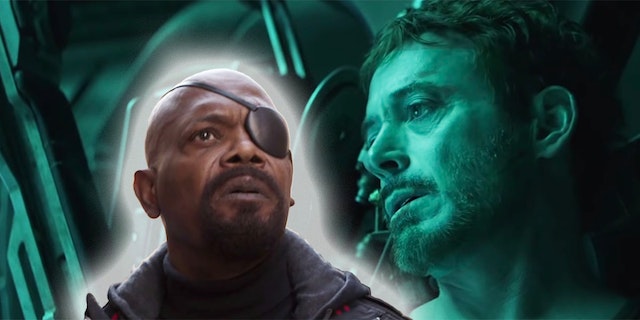 Nick Fury, we're onto you! And just in time for Avengers: Endgame!

We admit it: For a while there, we couldn't figure you out. Why, we wondered, at the chaotic end of Avengers: Infinity War, with half the world's population disintegrating (including your own fine self), did you pause and send out a distress signal to Captain Marvel? You know a lot of superheroes -- why her? Why a call to someone who hasn't been in action for (as far as we know) 20 years? Were you out of your mind?

According a popular fan theory by a Reddit user, you were doing just as you'd planned ... because you totally knew Thanos' death snap was coming!