From Post Malone to Tristan Thompson, these are this year's worst reality show stars. 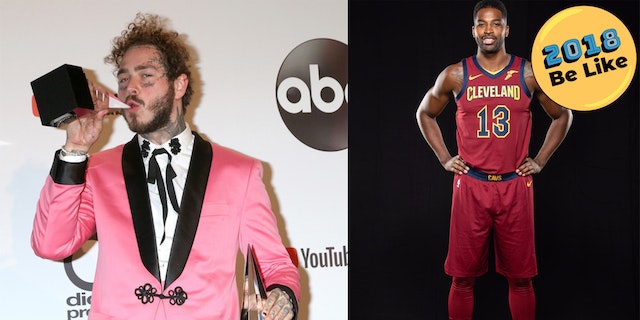 The defining factor? The stars of those reality series.

In 2018, we were blessed with some incredibly fun reality TV, such as Survivor, Big Brother and Keeping Up With the Kardashians. Sadly, though, just because a show is entertaining doesn't mean that every character is awesome. In fact, it's usually the other way around.

But who exactly were the worst reality show stars of the year? Below, we've ranked the 10 people who were especially awful.

It’s been a tumultuous year for the "Beerbongs & Bentleys" rapper, and that came to a head when he appeared on Travel Channel’s Ghost Adventures. Post Malone was apparently touched by an evil spirit and now, he might be cursed.

The 24-year-old life coach certainly brought a lot of, um, entertainment to the Big Brother house. But despite being in an alliance early on, Kaitlyn completely betrayed her allies and totally ruined her game.

Outside of the house, though, Kaitlyn has turned into one of the better former Big Brother houseguests.

The villain of Survivor: David vs. Goliath, Angelina, won’t hesitate to remind her fellow castaways of all the harrowing sacrifices she's made. Plus, she’ll do just about anything to get a darn jacket.

The rivalry between these Teen Mom 2 stars turned violent during the Season 8 reunion. Following some back and forth on social media, the pair started hurling obscenities before getting violent off camera in August.

The former NFL player turned Bachelorette contestant wasn’t the most popular choice to be the new Bachelor.

Many people believe that Colton, who is still a virgin, might be looking for fame rather than love.

The Challenge contestant might be on the smaller side, but her big mouth gets her in a ton of trouble on the long-running MTV reality series.

On the latest season of The Challenge, Amanda told Cara Maria, in a heated argument, that she hopes her horse dies. You can talk about someone's family, physical appearance, significant others and sexual history, but you do NOT go after someone's horse on national television.

BenDeLaCreme might be one of the best performing queens in the show’s history, but her confrontational personality along with the arrogance to eliminate herself in All Stars Season 3 easily makes her the worst queen of the year on the hit reality series.

2. Tristan Thompson (Keeping Up With the Kardashians)

What a year for the NBA and reality show star. Thompson — and the Cleveland Cavaliers — lost the NBA Finals to the Golden State Warriors (again), he then watched his partner in crime, LeBron James, leave for La La Land. And, oh yeah, the baller was also caught cheating on his then-pregnant girlfriend, Khloé Kardashian.

On the bright side, he did have a truly adorable baby.

Already one of the worst bad guys of the year, Luyendyk tops the list as the worst reality show contestant in 2018. That's because the former professional race-car driver completely broke Becca Kufrin's heart when he broke up with her and rekindled his relationship with the runner-up, Lauren Burnham.

Reality
Can You Match the Reality Star to the Show?

Triggered
Can You Get Through Our This Is Us Quiz Without Crying?